15 players who defined ‘The Process’ 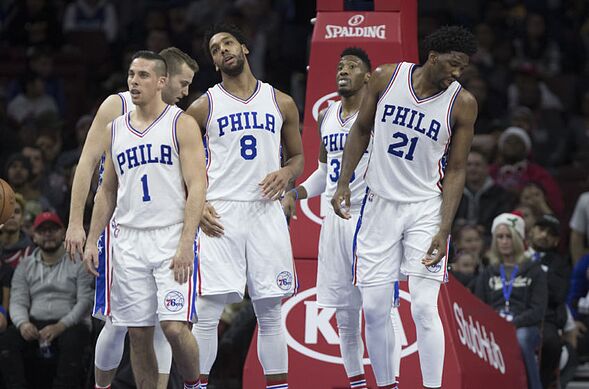 Which players defined ‘The Process’ during the Philadelphia 76ers’ four-year rebuilding period.

Entering the 2018-19 season, the Philadelphia 76ers are one of the best teams in the NBA. Joel Embiid and Ben Simmons are elite talents, while Markelle Fultz might soon join them on that level. Their future — and present — is incredibly bright.

Before the winning, however, was “The Process”. Under Sam Hinkie’s guidance, the Sixers underwent several years of hardcore rebuilding. The thinking behind it was simple — get really bad, accumulate assets and find high-level talent through the draft.

Rather than striking out in free agency and stewing in mediocrity, Hinkie had radical plans to skip the middle ground. To get really bad so that the team, when the time came, could get really good. The early returns are promising.

Hinkie, of course, didn’t survive his rebuild. The league stepped in and Hinkie was pushed out, leading to Bryan Colangelo’s arrival. Now Colangelo’s gone and Elton Brand, a former player during the Hinkie regime, will lead the Sixers into one of the most promising eras in team history.

Embiid made his All-Star debut last season. Simmons figures to join him in 2019. While not Eastern Conference favorites yet, the Sixers are equipped to compete with the Toronto Raptors and the Boston Celtics atop the conference. Next summer could bring a big-name free agent as well.

With the Sixers transitioning out of “The Process” — or, the first stage of the process — let’s reflect on the players who defined Hinkie’s famous rebuild.