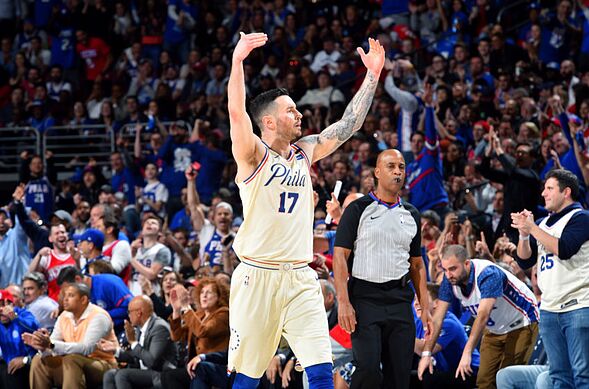 The Philadelphia 76ers and J.J. Redick couldn’t have been better suited for each other last season. Here are three goals for Redick as he enters his second year with the team.

He compiled 17.1 points, 3.0 assists and 2.5 rebounds per game in 70 games played last year, helping Philly return to the postseason for the first time since 2012.

The organization made it clear that they wanted the 34-year-old marksman around for another season, inking him to a one-year $12.2 million contract earlier this summer.

Redick should continue to serve as the team’s number one shooting option heading into this season. His career 3-point percentage has been a solid 41.5 percent.

The Sixers also expect a breakout campaign for Markelle Fultz, as this year there could be a passing of the torch at the starting shooting guard spot, as signified by Brett Brown opting to slide Fultz into the starting lineup in the team’s first preseason game on Friday against Melbourne United.

Either way, Redick should continue to provide the same spark as he did last year in the team’s quest for another fierce playoff run.