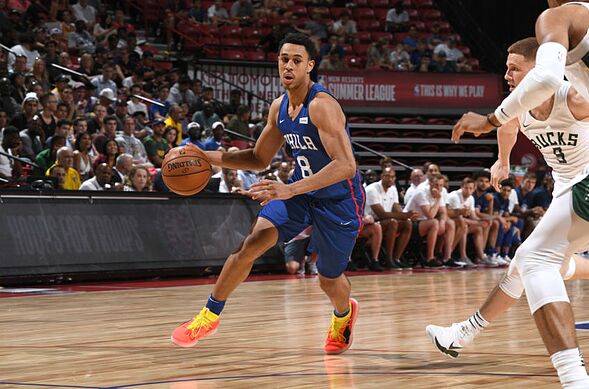 As Philadelphia 76ers rookies have experienced in recent years, Zhaire Smith looks to be an avid student of the game until his eventual return this season. Here are three goals for him in his first year as a pro.

The Philadelphia 76ers announced last month that rookie Zhaire Smith should be available to make his NBA debut sometime around December, per Keith Pompey of The Philadelphia Inquirer.

Smith’s injury, an acute Jones fracture, was suffered back in August while attending a Las Vegas basketball camp.

While this setback is far from ideal at such an early stage of his development, there is still plenty working in his favor. So much so, in fact, that it would be almost blasphemous to completely count him out as a future star in the NBA. If history should repeat itself, there is no good reason to get in a huff about injured draft picks and the Sixers’ redshirting ways.

Keep in mind the names of players who are on that list. Ben Simmons, most notably in this case, suffered the same Jones fracture injury as Smith before embarking on his 2016-17 rookie campaign. Simmons, the recent Rookie of the Year winner, appeared in 81 games and averaged 15.8 points, 8.2 assists and 8.1 rebounds per game last season.

The Sixers have navigated through all types of adversity over the past decade, so what makes Smith’s case any different? During his absence, here are three goals he can accomplish in 2018-19.