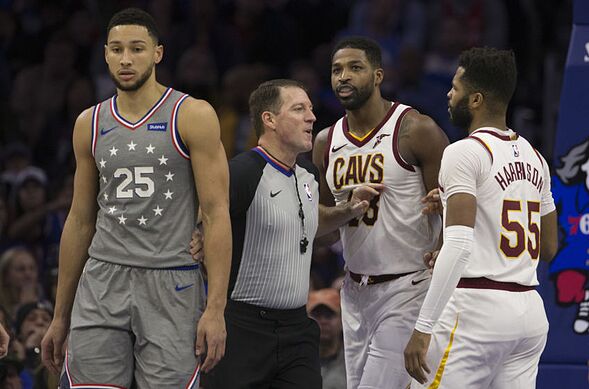 The 3-win Cleveland Cavaliers earned their first road win of the season against the 13-win Philadelphia 76ers. Here are the biggest questions from the game.

The Philadelphia 76ers played some of their worst basketball since 2016 on Friday against the Cleveland Cavaliers, who had won just two of their 16 games as they came into the Wells Fargo Center. The hosts came out with no energy or desire to win, and that has sparked many questions regarding certain areas of the team.

The same problems have plagued the Sixers for a few seasons now: they cannot defend guards at all, they routinely use puzzling offensive strategies, and important players constantly make impulsive decisions.

Elton Brand brought in Jimmy Butler to help the Sixers win, and while he saved the game and the win for the team against Charlotte last Saturday, his coach has not given him enough time on the ball to make the impact a top-15 player in the NBA should make on his new team.

Additionally, over the course of the past couple of seasons, Philly has consistently proven its inability to defend against decent guards. The best defensive game the team has had against a top-level guard was limiting Donovan Mitchell to 31 points on 35 shots on November 16th.

Philadelphia has suffered against good backcourt players: even Collin Sexton, who reportedly does not know how to play basketball, cooked the Sixers’ backcourt for 23 points on 10/18 shooting in 32 minutes.

Here are some more telling stats from the Sixers-Cavs game on Black Friday: all of the Sixers’ starters had plus/minus numbers below zero, while all four players who came off the bench ended the game with a net positive plus/minus. Additionally, the Sixers took ten more free throws than the Cavs and still managed to lose. So, take a look at the burning questions coming from this unacceptable loss.