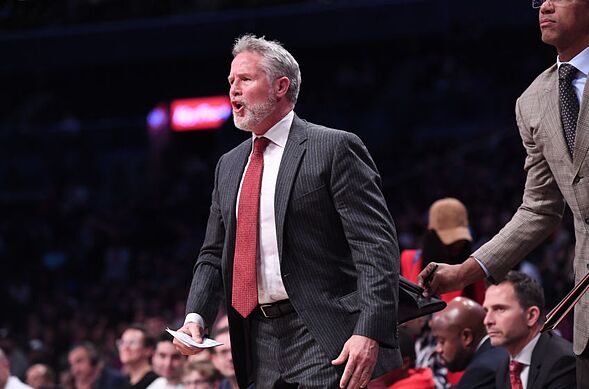 The Philadelphia 76ers are 0-5 on the road this season after dropping Sunday’s game against the Brooklyn Nets.

Playing their fifth game in seven days (and their second back-to-back in a week), the Philadelphia 76ers struggled to keep pace with the Brooklyn Nets in Sunday night’s blowout loss. The Sixers committed 28 turnovers, setting a new NBA season high.

When putting their losses in context, it’s too early to panic. The Sixers are a good team on track for another top-five finish in the Eastern Conference. Joel Embiid is putting up MVP-caliber numbers and will continue to elevate the Sixers on both ends. He’s a nice buffer to have.

With that said, there are definite concerns. The Sixers have several issues to address, starting with Markelle Fultz and his wavering production in the starting five. Dario Saric has been awful for 11 games now. He hasn’t had one solid, positive outing.

Those 28 turnovers are also a recurring issue for the Sixers. While that number is a bit excessive, Brett Brown needs to focus on turnover prevention in practice. That’s one area in particular where more perimeter shot creation would come in handy.

Here are some takeaways from the brutal loss in NYC.