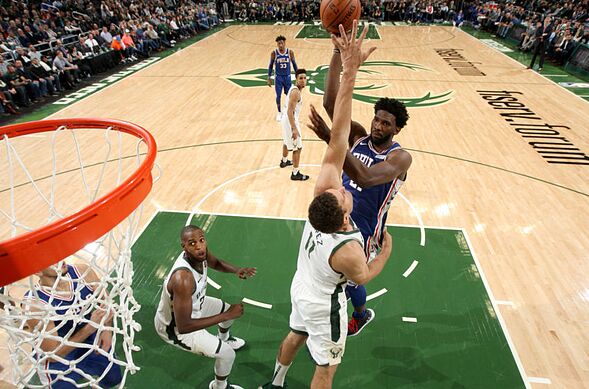 The Philadelphia 76ers have a losing record after dropping the second half of a back-to-back in Milwaukee.

Coming into the season with high expectations, the Philadelphia 76ers were almost set up for failure. As a clear second-tier team in the Eastern Conference, expecting them to immediately rival Toronto and Boston was always ill-advised.

Failure, of course, doesn’t mean they’re in any real danger. In this case, it just means the Sixers have issues to work out after a slow start. Things will progress, the team will improve, and 50+ wins is still a probable outcome for the Sixers.

You could argue that the Sixers deserved to win in Detroit on Tuesday night, when Blake Griffin‘s game-winner was dubbed an infraction on two separate counts in the refs’ last two minute report.

Then, following a tough OT loss with another road game is always difficult. The Sixers got off to a quick start against the Bucks, leading by 12 after one, but didn’t have the juice to keep up. That’s the norm for most teams on back-to-backs.

With four of their next five games at home, the Sixers will have an opportunity to bounce back in the near future. Losing records are never ideal, but it feels as though the Sixers’ struggles are being blown slightly out of proportion.

Here are some notes from the Bucks game.