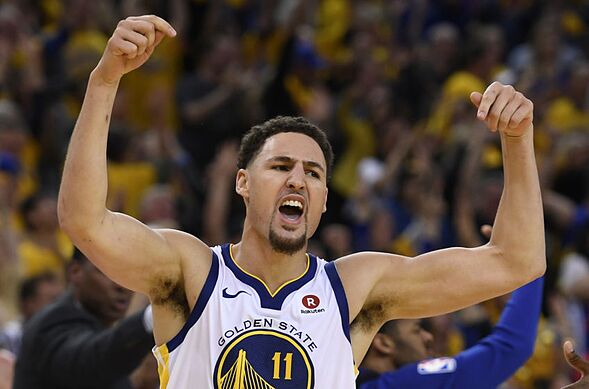 The Philadelphia 76ers can make a Finals run next season. But let’s take an early look at the 2019 free agents who could propel the Sixers to a championship run in the future.

The Philadelphia 76ers certainly have a talented young core of players at the helm. Although missing out on top free agents like LeBron James and Paul George, along with not acquiring Kawhi Leonard, they still have a chance at winning the Eastern Conference this year.

Ben Simmons and Joel Embiid have proven themselves as top players at their positions and in the NBA. With an expiring contract on JJ Redick, an unproven Markelle Fultz, the 76ers could add another star in the 2019 NBA offseason.

Here is a look at three potential targets from the 2019 free agency class, the Philadelphia 76ers could pursue offseason.

Klay Thompson would be a near perfect fit in the Philadelphia 76ers’ system. His catch and shoot ability is among the best in the NBA, as well as his off the dribble shot. Thompson can knock down a jump shot nearly anywhere on the court as well, not lacking in any area.

Thompson was tied-fourth in the NBA in 3-point percentage, shooting a 44 percent clip beyond the arch. Thompson’s field goal percentage wasn’t too shabby either, leading all shooting guards at 48 percent from the field. He also averaged 20 points per game, reaching the 20s for the fourth straight season.

Not only does the offense make Thompson intriguing, but he also plays solid defense. He ranked 10th in Defensive Win Shares among starting guards in the NBA last season. Thompson consistently guards tough assignments, such as James Harden and Chris Paul. Even Kyrie Irving, who faced Thompson numerous times, could not believe Klay never made an All-Defense team.

Thompson is essentially J.J. Redick, but younger, a stronger shooter, and a much better defender. He is an elite two-way threat with playoff experience. Plus, Thompson would still be under 30 years old entering the 2019-20 NBA season.