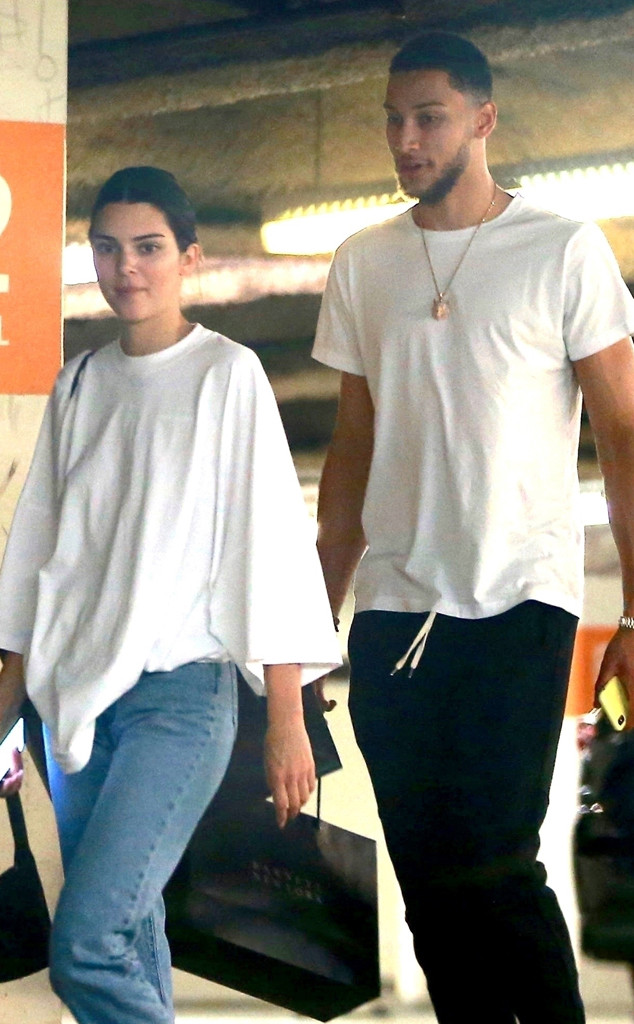 It was just a few weeks ago that the 22-year-old NBA star left two drooling emojis on one of the 23-year-old supermodel’s social media snaps, and now Simmons has posted another flirty comment on Jenner’s Instagram. On Wednesday, the Keeping Up With the Kardashians star took to social media to share two videos of herself striking a pose in bikinis.

“i do my own stunts,” Jenner captioned the post, which has received almost 7 million likes in less than 24 hours.

After watching the videos, Simmons commented on his rumored girlfriend’s Instagram, “come here.”

Jenner then replied to his comment with a racing car emoji and a dashing away emoji, indicating that she’s on her way.

The model and the Philadelphia 76ers player first sparked relationship speculation back in May 2018, and went on to enjoy a summer romance. However, by the end of August, E! News learned that things between Jenner and Simmons had “cooled off.”

But it appears that the duo’s relationship has heated up once again, with Jenner attending many of Simmons’ games in recent months, even bonding with his mom courtside.

“Kendall and Ben have been making more of an effort in their relationship recently, and have been seeing each other regularly for the last month now,” a source recently told E! News. “They both are very busy with their careers, but have always been in touch.”

“Kendall really likes Ben and he has been keeping her attention,” the insider added. “They try not to put stress or pressure on the relationship, but Kendall isn’t actively seeing anyone else right now.”

Don’t miss E! News every weeknight at 7, only on E!

Do the Philadelphia 76ers have enough shooting to protect their stars?
Kevin Durant not among Western Conference starters in fan voting for NBA All-Star Game