If we’re judging based on the what-have-you-done-for-me-lately way sports is so often viewed, Brett Brown’s decision to mix up his starting line-up in the pre-season and bring JJ Redick off the bench is looking pretty effective.

It’s easy to make that type of statement, of course, on the heels of a performance the likes of which the sharpshooter enjoyed Friday in the 76ers’ 120-114 win over the Dallas Mavericks in Round 1 of the NBA China Games.

There were no misses on 10 attempts for Redick, who left the sold-out Mercedes-Benz Arena having nailed seven 3-pointers for a 28-point night.

As the 34-year old kidded afterwards, if only the contest had counted for something.

But with three of the Sixers’ four pre-season games now in the books, there’s a respectable sample size for Brown’s most noteworthy personnel move of the fall.

So far, Redick, when summoned off the bench, has looked like his same old self. Continuing to go about his business with a signature, constantly-moving, high motor approach, he’s averaged just under 18.0 points per game.

Friday’s unconscious effort in Shanghai certainly skewed the numbers a bit, but even before that, Redick had been shooting solid, going 4 for 10 from three in the Sixers’ first two tilts.

And Brown has dug the ripple effects.

“I think him coming off the bench where he’s lightning in a bottle, and gives us a spark, is another additional benefit of what we experienced tonight,” said Brown, after the Sixers’ latest victory moved them to 3-0 on the pre-season. “He shot it well, and we really needed that firepower coming off the bench.”

It’s a dynamic the Sixers reaped immense rewards from during last season’s playoff push, one that was, in many ways, responsible for the club’s torrid finish.

With Marco Belinelli and Ersan Ilyasova leaving over the summer, Brown and the SIxers were tasked with replenishing the reserve corps with a shooting threat. A healthy, contributing Markelle Fultz has given the team the flexibility to try out Redick with the second unit.

“I’ll be fine, no matter what. That’s how I look at it,” Redick said Friday in Shanghai.

In the Sixers’ three pre-season games, he hasn’t had to wait long to see action.

Games 1 (Melbourne) and 3 (Dallas), Redick first checked in around the seven-minute mark of the first quarter. Against Orlando in Game 2, Brown went to him with about five minutes left in the first frame. 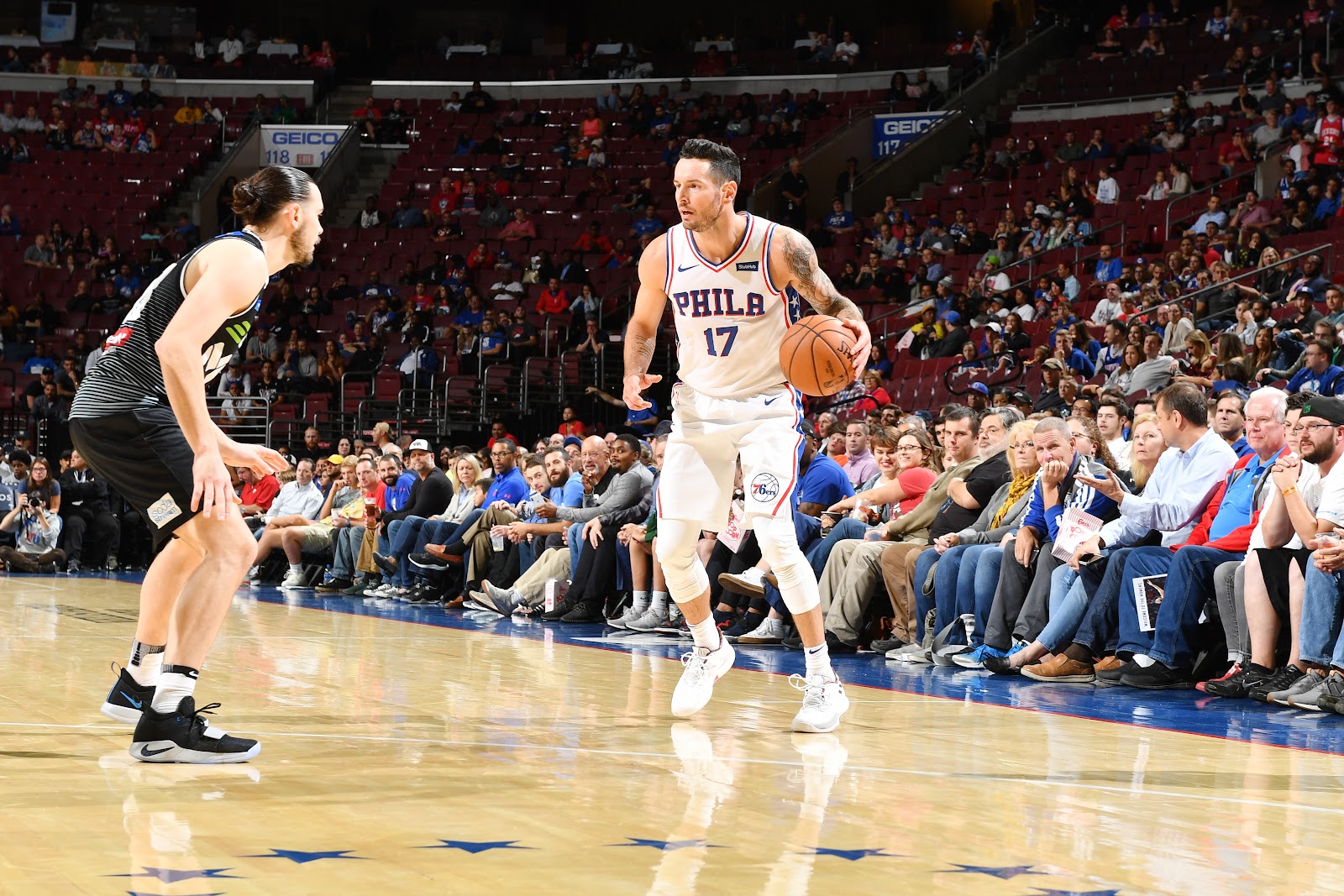 “He’s been amazing,” Joel Embiid said about Redick embracing his assignment. “He’s a scorer, he’s the best shooter I’ve ever played with.

“I told Brett whatever he thinks is best for the team, I’m on board with,” said Redick. “There’s no struggle from me.”

True to the form of the veteran leader he is, not in the least.