Through the first three weeks of the season, Joel Embiid has put up plenty of staggering stats.

But of all the massive numbers the 7-footer has generated so far, it’s a small one that arguably stands out the most, and could very well be the interrelated to the 76ers’ collective success.

In 2017-18, Embiid’s first full season as a pro, he did so much good – a ridiculous amount, in fact – considering how little he had played previously.

Having entered the year with just 31 games on his resume, the 2014 no. 3 pick didn’t just make an All-Star Game, but started it. He was subsequently named 2nd-Team All-NBA and 2nd-Team All-Defensive, while finishing tied for 11th in the league with 38 double-doubles.

If there were one noteworthy area for improvement, however, it was turnovers. Embiid committed 234 in 63 regular season appearances, for an average of 3.7 per game.

Too much. And not just for Embiid, but for his coaches and the front office, as well.

This fall, however, it’s been a different story, for the better. 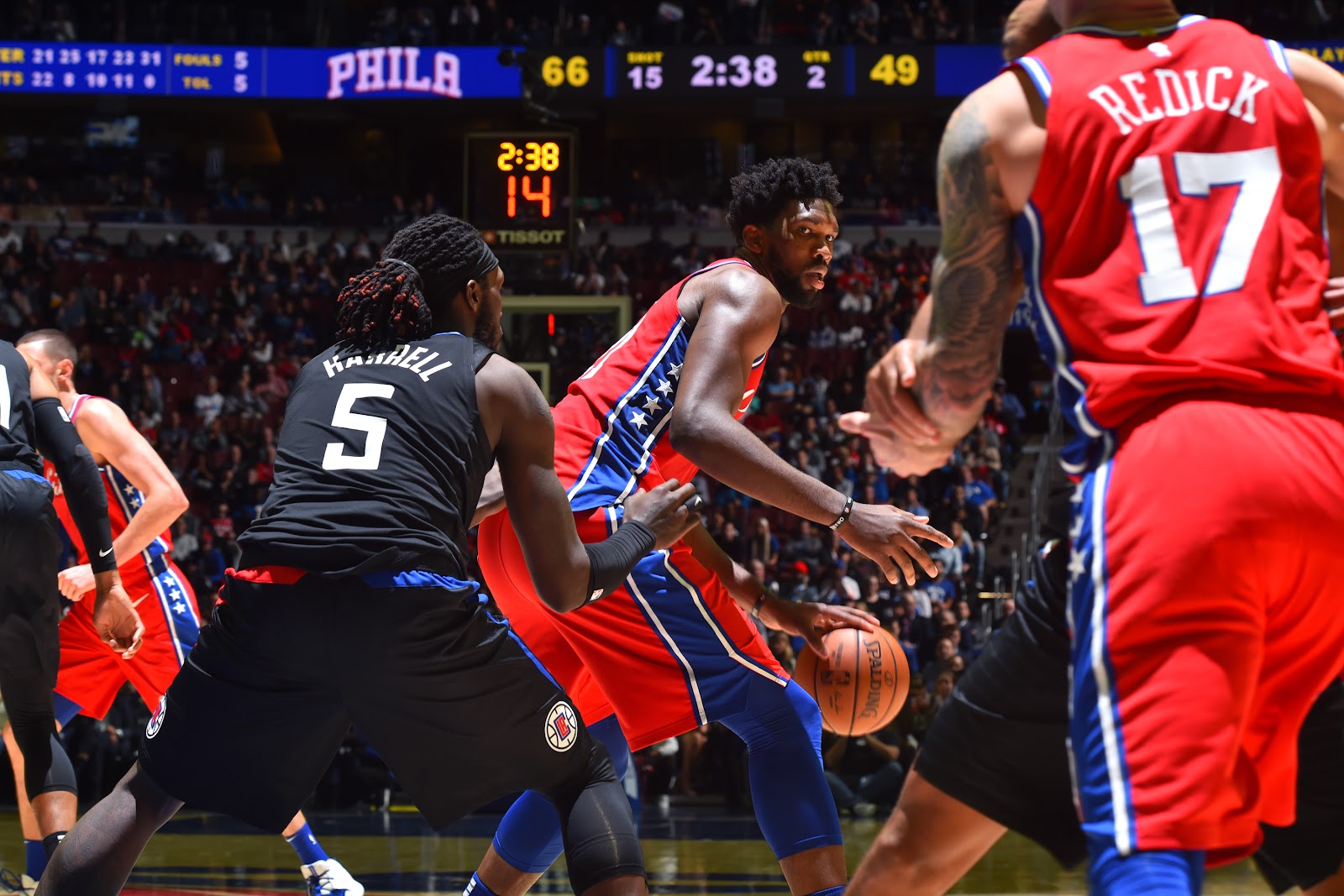 The 24-year old has trimmed his turnover average to 2.7, a figure that would be even lower if not for his combined nine giveaways in the Sixers’ last two games against the Detroit Pistons and Brooklyn Nets.

“He clearly has made a personal decision that this is an area of his game he’s going to fix,” the head coach said recently.

Specifically, Brown feels Embiid’s most noticeable strides have come playing out of the post. His reads have been more effective, as have his dribble handoffs.

Same goes for when and how he drives the lane in trail situations, and whether or not he decides to take on traffic at the basket, Brown says.

“He’s aware of these really high area turnover parts of the court, or parts of the game. He’s put his hand up, he’s drawn a line in the sand, and really tried to make a statement in regards to getting better on that side of the ball, that part of the game.”

“I think it was just game experience, just getting used to the game of basketball,” Embiid said Tuesday, before the Sixers flew to Indianapolis for Wednesday’s match-up with the Pacers. “I started playing basketball seven years ago, and I missed about three years of it (due to injuries), so it was just about getting used to it.”

Now, the sport that Embiid has, remarkably, been involved with for less than a third of his life seems to be coming by him more naturally.

The result? He’s evolving into a far greater threat, according teammates and opponents alike.

“I think in his headspace he’s slowing the game down a lot more, which is great for him,” said Ben Simmons, “because once he gets that, he has the whole package in terms of his game.”

“Him catching the ball, reading situations, reading if he has a big on him he pulls him out from the basket, [or] if he has a smaller guy on him, he takes him down to the low post,” Detroit head coach Dwane Casey said, “He’s really matured in a lot of ways, and the scary thing is, he’s only going to get better.”

When asked about this idea that the game is becoming easier for him to, forgive us, process, Embiid agreed.

His development, especially on the turnover front, has been a collective effort. Coaches have critiqued Embiid candidly, and, to his credit, he’s been open to the feedback.

“He’s taken that information and run with it,” said Brown.

The byproduct has been an increase in assists, and decrease in turnovers.

“I’m starting to figure it out, figure out my spots, where I should be on the court, where I’m most effective, and how I handle double teams, and it’s paying off,” said Embiid, before adding, “we got a long way to go.”