Melbourne United are on their way to the USA to face the Philadelphia 76ers. On 29 September, United will tangle with the rising Eastern Conference juggernaut at the Wells Fargo Centre in one of the biggest challenges an NBL team has faced. With a now completed roster of multi-skilled talent, United match-up well and are in with a chance to catch their powerful opponents by surprise.

United head coach Dean Vickerman knows the challenge of beating the 76ers is immense, but is hungry to make the job as difficult as possible for his high-powered opponents. Among the 76ers in his sights is Australian Ben Simmons, the 76ers oversized and athletic floor general. 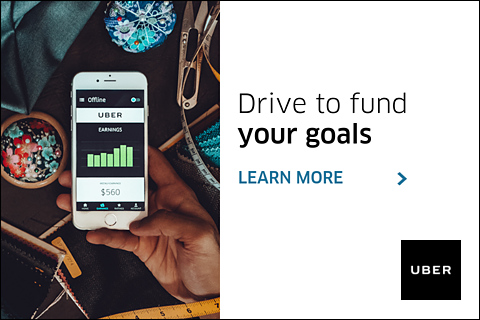 “Ben [Simmons] is one of the fastest with the ball, being able to get in the paint and make great decisions. [We want to find] a way we can really clog it up and make his decisions tough,” said Vickerman in an interview with Cam Luke at an open training session hosted by SodaStream on Tuesday.

Basketball is a game of match-ups and strategy, countering weaknesses with strengths. Simmons represents just one of a number of puzzles that United will have to solve in hostile territory. Here are the five key match-ups for Melbourne against Philadelphia.

It should be noted that this list assumes that the 76ers and United will field their best players on the night.

This is a tall task for the much smaller Ware, no pun intended. As far as point guards go, the two couldn’t be further apart physically. In a direct one-on-one match-up, Ware gives up 30cm and 35kg to Simmons. This considerable disparity presents a number of challenges for United, particularly when Simmons decides to score. Simmons’ created a lengthy highlight reel in his rookie season using his size advantage to drive and score at the basket.

Simmons is not a one-man job. in order to slow him down, Vickerman will have to adopt a team defensive strategy that will help alleviate some of the pressure on Ware. Look for United’s latest import DJ Kennedy to provide some assistance there.

When running Melbourne’s offence, Ware will have to keep his turnovers in check, as few punish opposition in the open court quite like Simmons.

It sounds obvious but United will need Ware to score, be aggressive and make the most of his speed and finishing ability. Risks will have to be taken and the dice rolled more often than not. Drawing fouls and getting to the free throw line is a must for Ware.

Ware’s capacity to drive and dish will be big for Melbourne as he will need to find the perimeter firepower they possess. This will be a challenge against the long and athletic Simmons’, not to mention the imposing Joel Embiid patrolling in the paint.

In the playoffs, the 76ers used a lineup with both TJ McConnell and Simmons on the court. We may see Ware matchup more against McConnell, with Kennedy taking most of the defensive responsibility guarding Simmons.

Some question marks still linger around Boone’s fitness with the big nursing a hamstring strain. Assuming he is healthy, Boone’s importance will be enormous.

His strength and talent for rebounding will need to be on show to reduce Embiid’s impact. Boone’s ability to set hard screens in the pick and roll will be vital, giving more space for Melbourne’s guards and wings to operate more freely. Hopefully he can roll to the rim and finish off some on his own as well; Boone and Ware had great chemistry in the pick and roll during Melbourne’s Championship run last season.

Boone is not a known shot blocker or rim protector, which could be a problem against an offensive beast like Embiid. Melbourne will need Boone to pull out all the stops to affect shots and protect the paint against the trash talking Cameroonian and the rest of the 76ers.

Alex Pledger also gets an important mention here. Physically he matches up well against Embiid, both being a similar height and weight and as a result, he will inevitably provide Boone with some considerable assistance in containing Embiid.

If Boone does in fact remain on the sidelines with his injury, Pledger will get the bulk of the job. Another line-up Vickerman may utilise is starting both of his big men – with Pledger at centre and Boone at power forward against Dario Saric.

As was previously stated, it is possible that Boone may get the starting job on Saric, with Pledger starting on Embiid. Another option that offers some tantalising benefits, is stretch forward Dave Barlow taking on Saric.

The experienced Barlow no longer plays huge minutes in the NBL, but he may prove vitally important against the 76ers. His ability to stretch the floor and draw out the defence with his efficient three-point shooting means Barlow can help pull Saric out of the paint and into the perimeter, opening up the paint for his slashing teammates.

Last season Barlow averaged only 3.5 points per game. Yet with an accuracy from three of 45%, his ability to hurt the opposition from beyond the arc has to be respected at all times. With Barlow on the floor, Saric will be forced to honour his range and on occasions when he does get sucked in to defend the painted area, Barlow can strike.

On defence, Barlow stacks up pretty well. Barlow has a tall and strong frame which will give the European star some problems in the post and he also has great mobility – hopefully enough to get a hand in the face of the Croatian’s dangerous outside game.

Barlow may not get the starting job on Saric, but he gives Vickerman a potential counter coming off the bench.

This is a very interesting match-up with both players possessing very similar styles and tendencies. The two guards are extremely aggressive and confident shooters and are constantly looking for a chance to land a painful strike on a sleeping opponent.

JJ Redick is one of the best in the business at hitting the triple in transition and running through screens to get an open look; there’s no doubt Goulding will have a challenging task containing him.

Redick is extremely quick at getting to his spots in transition and Goulding will have to keep up to control his damage. Guarding Redick is a physically demanding job as he is always moving and runs his defender through a number of bruising screens.

However, the reigning NBL Grand Final MVP is more than capable of inflicting his own brand of damage on offence. In order to put pressure on Philadelphia’s best shooter he will have to be aggressive in finding his own shot and pounce when the opportunity arises.

Hitting his shots will be vital in spreading the floor for his teammates and keeping the 76ers defence on their toes. Melbourne’s big men will need to set good screens to make use of Goulding’s sharpshooting. He will be big in setting the tone for Melbourne, hopefully his aggressive play infects the rest of his teammates early.

Goulding has demonstrated his fearlessness shooting the ball many times in the past; 29 September will have to be another one of those nights.

If the hype surrounding Kennedy is to be believed, he is going to be a big source of points for United.

Kennedy most recently played for Turkish basketball club Pınar Karşıyaka, scoring 16.9 points per game, to go along with a very impressive 7.3 rebounds and 4.3 assists. By most accounts, Kennedy is tipped to be an all-round force in the upcoming NBL season. His offensive abilities will certainly be put to the test by 2018 All-Defensive First Team member Robert Covington.

Covington has emerged as one of the NBA’s best ‘3 and D’ players – locking down the perimeter with his stifling defence and knocking down threes at a high rate (36.9% last season).

He looms as a big obstacle for Melbourne’s outside scorers to overcome and will be a great test for Kennedy – the American import will need to work hard to help carry United across the line.

Based on his averages, Covington is a good three-point shooter, but is known to be streaky and inconsistent with his shot game to game. If Covington is having one of his off nights, Kennedy’s versatility on defence will need to be employed. Kennedy is capable of defending multiple positions and with the 76ers talented roster, he will be just as important on defence as he will on offence.