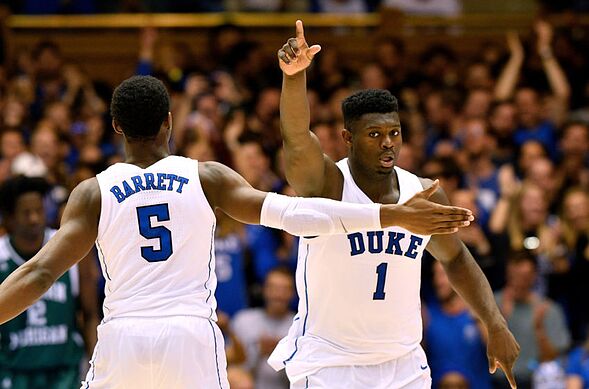 The 2019 NBA Draft picture is already heating up. Who might the Philadelphia 76ers be eyeing?

We’re roughly three weeks into the college basketball season, with several storylines beginning to unravel. People, for a brief moment, actually thought Duke could beat the Cleveland Cavaliers. Then Gonzaga happened and the Philadelphia 76ers put forth an embarrassing effort.

Even after entering the loss column, though, the Blue Devils are overwhelming title favorites. Zion Williamson, R.J. Barrett and Cam Reddish might form the top three picks. The state of North Carolina will have its say in the 2019 NBA Draft.

To add some variance, the lottery order was determined via Tankathon simulation. It’s worth mentioning the flattened lottery odds, which give teams with better records higher odds than years past.

It’s still early in the season, so changes will come en masse between now and June. Teams will improve, prospects will rise, and situations will take unforeseen turns. That doesn’t take away the benefits of getting an early look at draft prospects and potential fits.