The megadeal finalized Monday between the 76ers and Minnesota Timberwolves was no exception.

On the most obvious level, there was the talent valuation factor. To land Jimmy Butler and Justin Patton, the Sixers had to determine whether it was worth it to part ways with three skilled, seasoned pros, in Robert Covington, Dario Saric, and Jerryd Bayless.

Deeper than this part of the equation, however, there was the sentimental side, as all three players were model citizens and well-liked during their respective stints with the organization.

Covington and Saric, in particular, were instrumental in helping reverse the Sixers’ fortunes. Unlike Bayless, they had the benefit of good health, which gave them the opportunity to put their skills to use on a regular basis, and evolve into key contributors.

In their own, individual ways, all three left a positive impact on the club, and will always hold a place in the story of the Sixers’ ascent back towards the top of the Eastern Conference.

The Symbol of a Movement

How often did we hear Brett Brown refer to Robert Covington as the “poster child” for the Sixers’ player development program?

An undrafted free agent who signed with the team in November of 2014, Covington leaves Philadelphia as longest-tenured player of the Brown era. He appeared in 297 regular season games for the sixth-year head coach, and 10 playoff contests, too.

During that time, the swing man transformed from an occassional starter with enticing tools to one of the premiere 3-and-D players in the sport.

In each of his four full seasons with the Sixers, Covington connected on at least 135 3-pointers. He hit a career-high 203 last year, when he was also named All-Defense First Team.

No one in the league finished the 2017-18 season with more total deflections (315) or deflections per game (3.9) than Covington did. He ranked sixth in steals, too, with 137, while his defensive metrics graded out the best among all small forward. 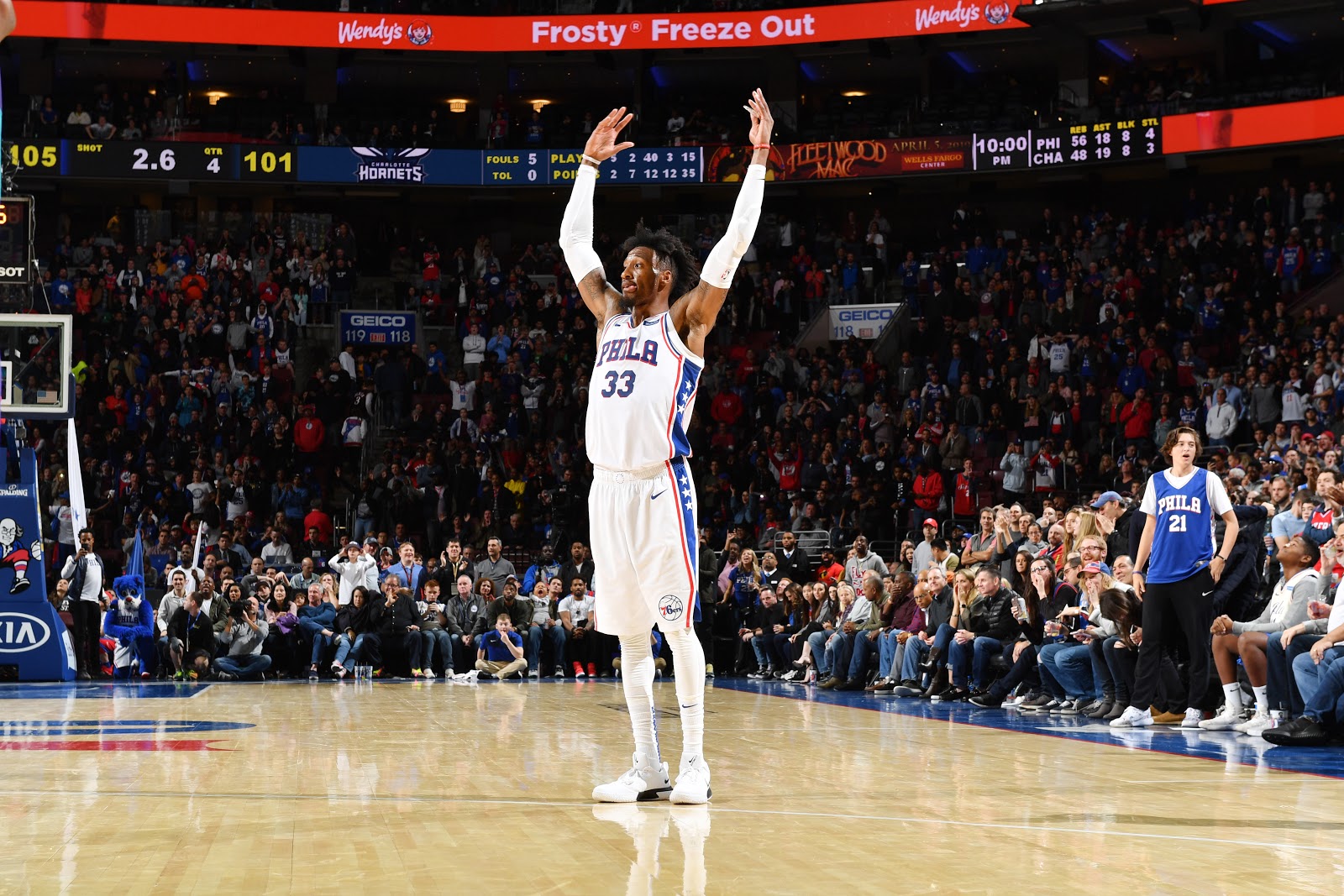 On the intangible side, Covington was simply a good guy – perpetually friendly, upbeat, hard-working, and well-liked by teammates and coaches.

Although he never abandoned his Chicago roots, Covington embraced the City of Brotherly Love. He developed a strong rapport with the fanbase, and was always willing to throw his name behind initiatives the Sixers conducted in the community.

You’d be hard pressed to find a more fitting representative of a movement.

He Came Over, and Didn’t Disappoint

The wait for Dario Saric was well worth it.

Picked 12th overall in the 2014 draft, and obtained by the Sixers that same night in a trade with the Orlando Magic, the Croatian forward spent two seasons in Turkey before coming to Philadelphia.

In what was a testament to a savvy fanbase, Saric had already established an enthusiastic, cult-like following prior to his arrival. His popularity grew that much more in the two-plus seasons he was here.

A 2017 All-Rookie First-Team selection, Saric often seemed to be at his best when it mattered the most. He deservedly earned the reputation for being a winner during the early days of his European and international careers, and lived up to that billing in the NBA.

When Joel Embiid went down with an injury January of 2017, Saric was there to pick up the slack. Behind a brilliant finish to the season, he probably should have won Rookie of the Year. 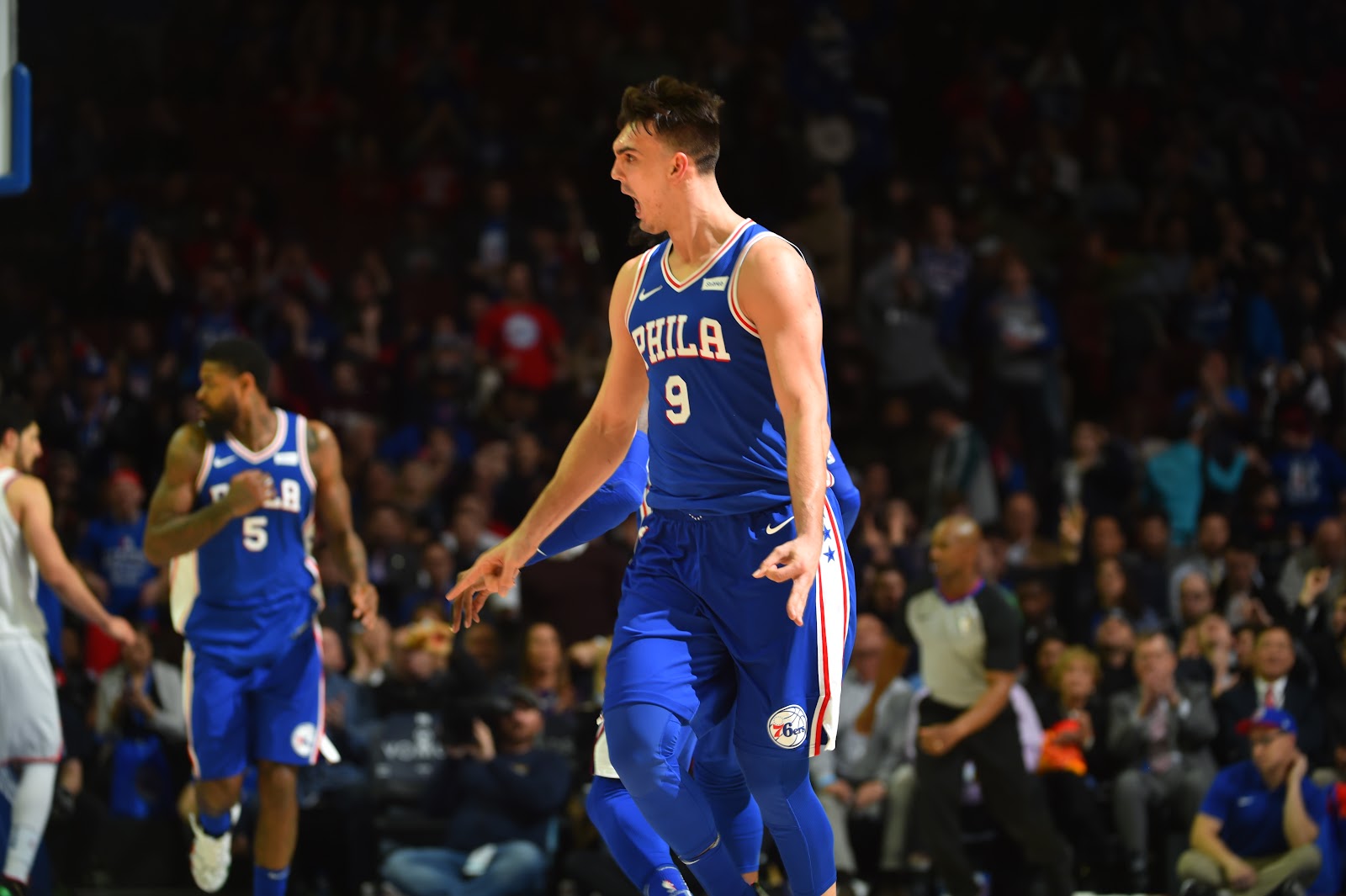 Last season, it was in the playoffs that Saric shined. He emerged as a pivotal presence, averaging 17.2 points, 7.3 rebounds, and 3.5 assists per game.

With a relentless work ethic, and personality all his own, he was beloved by teammates (on the road, the 24-year old was one of the ringleaders for a coffee club for players and coaches), coaches, staffers, and fans alike.

Saric, without question, was the Homie you couldn’t help but root for.

Behind the Scenes, a Quiet Contributor

In the summer of 2016, when he signed with the Sixers, Jerryd Bayless was just a few months removed from his strongest season as a pro.

A combination of tough luck injuries limited him to three games in his first year with the team, and 39 appearances in 2017-18. He hadn’t played at all this season because of a knee sprain.

Despite not seeing much time on the court with the Sixers, Bayless was always willing to help out a teammate, or organize a group function that promoted team bonding. He did his part to lend a hand in the community, too. 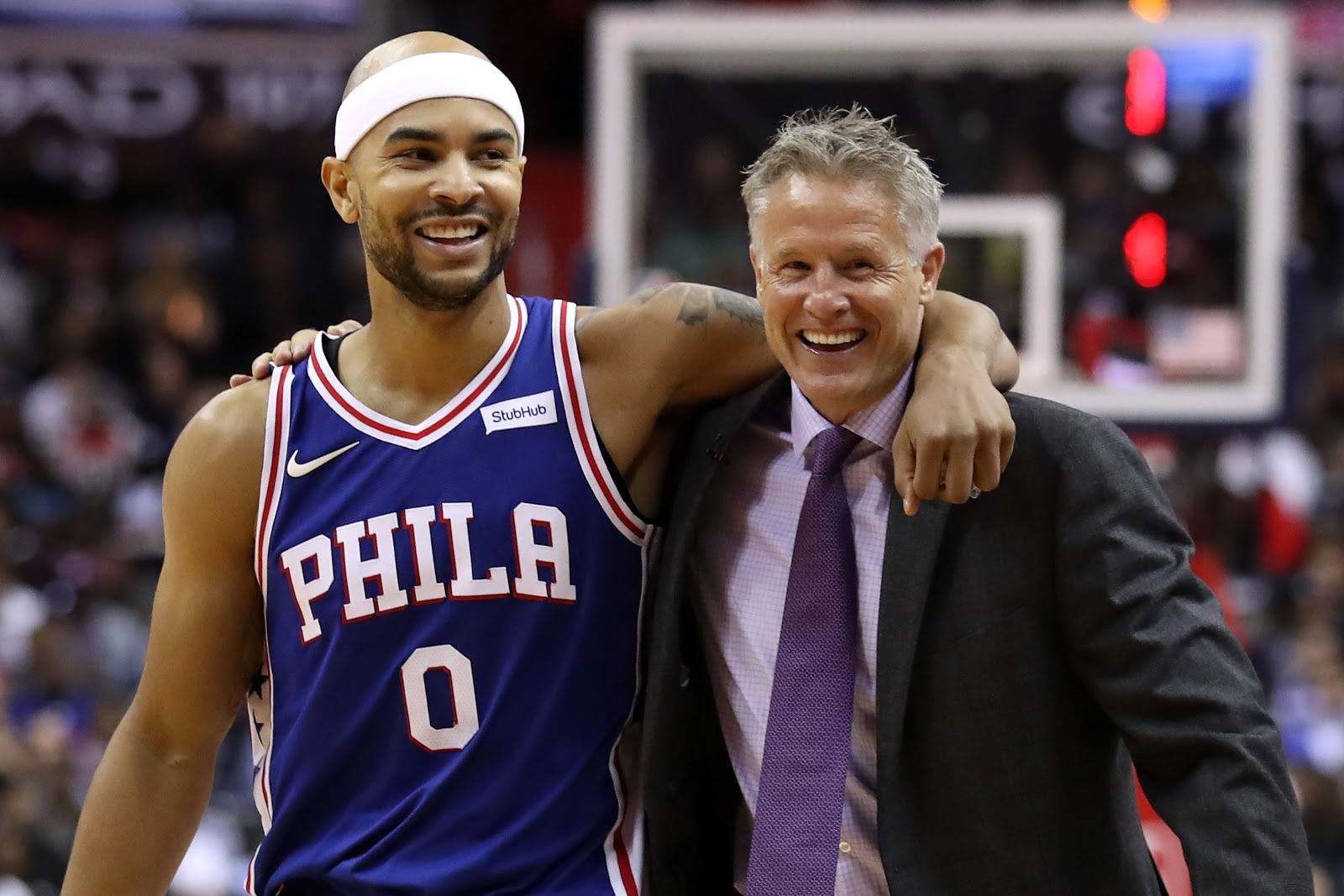