Philadelphia 76ers legend Charles Barkley is going back to 1980-something.

The Basketball Hall of Famer will guest star on Wednesday’s episode of “The Goldbergs.”

He auditions to replace Coach Rick Mellor, played by Bryan Callen, who announced to his class that he is leaving the school during the state-mandated mile.

Barkley shows off his all-star blocking techniques by rejecting students driving to the lane with a basketball to shoot a layup.

He announces to the students in his first class, “In my gym, we’ve got two rules. Number one, we never give up. Number two, aliens are real and they walk among us.”

“The Goldbergs” is based on Adam F. Goldberg’s experiences growing up in a Philadelphia-suburban family in the 1980s.

“Having Sir Charles Barkley on set was a thrill,” said Goldberg. “The energy that day was electric. Of all the great guest stars we welcome to our set, there’s never been a bigger group of people hanging around just to catch a glimpse. It was extra special knowing that he’s not only NBA royalty, but Philadelphia, where the show is set, too. Charles was also amazingly gracious — taking the time to joke around with the cast and crew, and making sure he didn’t leave before every person on that set got a handshake.” 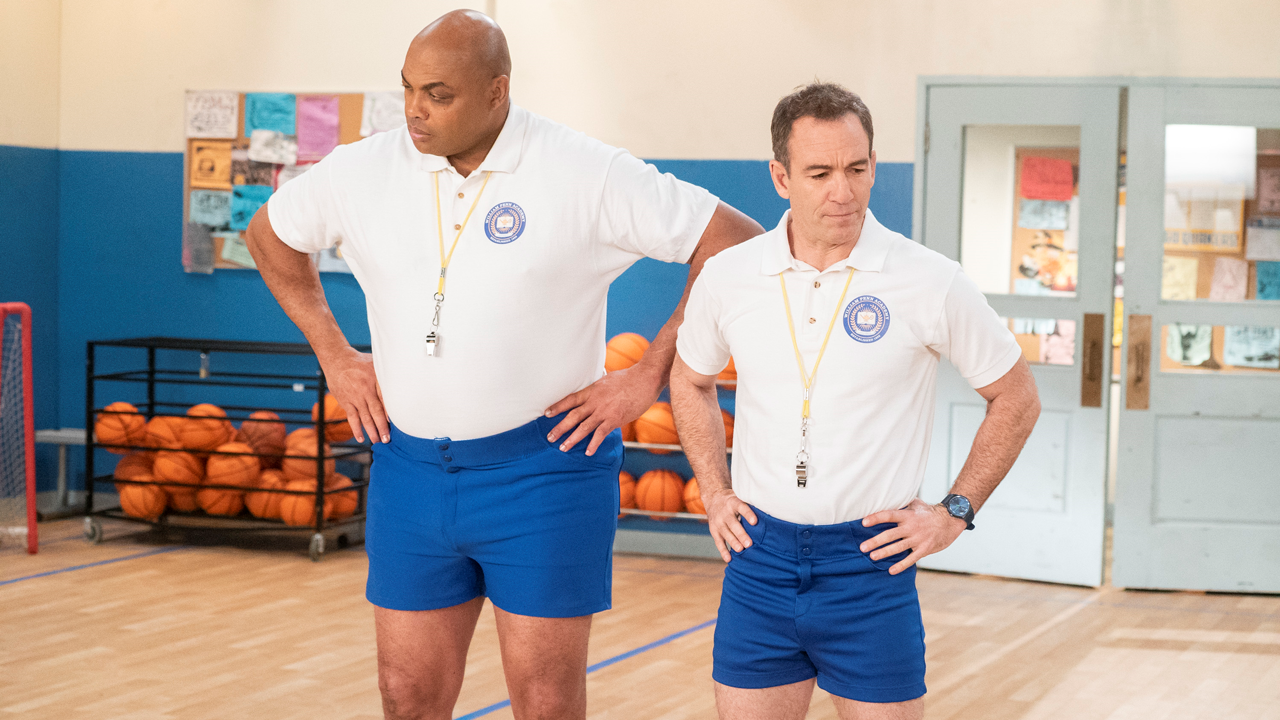