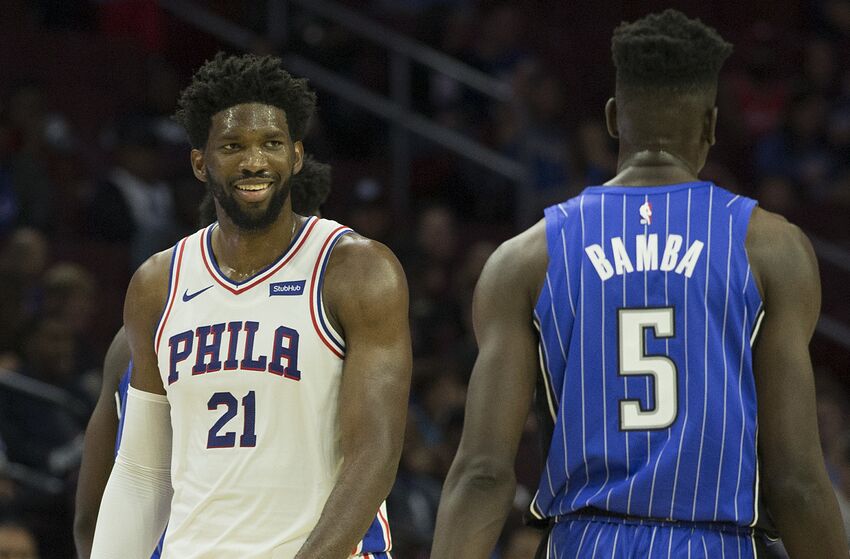 Philadelphia 76ers: Dario Saric, not J.J. Redick, should move to the bench by Christopher Kline

The Philadelphia 76ers returned on Monday for their second preseason game against the Orlando Magic.

After a successful win against Melbourne United, the Philadelphia 76ers played their first game of the 2018-2019 preseason against a real NBA team. There is certainly a talent gap between the NBL and NBA, so there was a lot to take away from tonight’s contest.

The Sixers came out clicking offensively in the game. Joel Embiid played “bully ball” early on  against Nikola Vucevic and Mo Bamba in an effective manner, even drawing four quick fouls on Bamba.

The biggest story with this game would have to be Markelle Fultz. It was only his second game being mentally and physically healthy, and he looked like a vastly improved player; draining shot after shot. Fultz even managed to drain his first NBA three-pointer.

The final score is a bit misleading, as game was never partially close. The Sixers kept a decent lead for the majority of the game. Much like last game, the Sixers pulled the starters for the entire fourth quarter.

Markelle deserves an A- for his performance. While his shooting percentages weren’t great; he did manage to have a huge second game for the season. Fultz swished his first 3-pointer and looked very agreesive overall. We saw his new jump shot in action, with a ton of mid-range attempts. There’s obviously some areas Markelle Fultz will need to work on, but there was a lot of growth desplayed with tonight’s game.

Joel Embiid had a solid outing against the Orlando Magic. Embiid had massive success in posting up and attacking the rim. The Magic couldn’t find an answer to slow him down. We also saw Embiid drawing countless foul after foul — even getting a great defender in Mo Bamba to pick up 5 personal fouls. While 1 for 6 from three isn’t efficent, I would expect Joel Embiid’s three point percentage to climb as he shakes off the offseason rust.

Ben Simmons was a major factor in the Sixers picking up tonight’s win. While he didn’t attempt many shots, he provided teammates with many great looks and pushed the tempo in favor for the Sixers. He was very effective on the defensive side of the ball, and caused many turnovers and issues for the magic. We also got to see Simmons’ adjusted free throw as he shot 3/4 from the free throw line.

Landry Shamet had his first game with a large amount of meaningful minutes, and captialized on the opprunity. Shamet came off the bench and provided the Sixers with a spark, hitting his first 2 three-pointers that he attempted. Shamet showed that he has imporved as an off-ball player, showing some glimpses of teammate J.J Redick.

#PopTheKork was in full effect tonight. Furkan Korkmaz mainly got minutes in the 4th quarter, as Brett Brown benched his starters. Just like in summer league, Korkmaz got hot and showed off his smooth shooting. Furkan Korkmaz can earn himself meaningful minutes (especially with Wilson Chandler being out with injury), if he can provide this spacing on a regular basis.

There are certainly a lot of takeaways from tonight’s game. We saw Fultz willingly take jump shot after jump shot — and more importantly, make them. If Fultz can build on tonight’s performance, expect him to start early on in the season.

J.J Redick was another bright spot in tonight’s win. He has thrived in the 6th man role, and provided a scoring punch off the bench; scoring 12 points.

Jerryd Bayless and Wilson Chandler will be out for a decent amount of time with their respected injuries, so expect the Sixers to give some of the young players (Shamet, Milton, Korkmaz, etc.) to be given an opportunity to earn minutes.

Next: Patience will be key with Fultz

The Sixers will take a bit of a hiatus as they will travel to China to play the Dallas Mavericks this Friday, and this coming Monday.