Philadelphia 76ers tune in with Beats by Dre 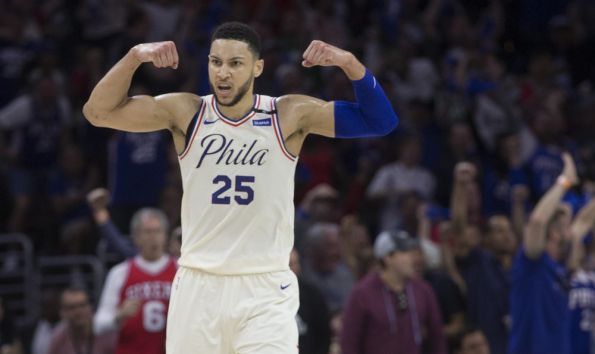 Starting with the upcoming 2018/19 season, Beats will become the first ever company to be showcased in the corridor from the locker room to the court at the 76ers’ Wells Fargo Center, with its branding set to be included both within and above the player tunnel.

The two parties will also collaborate to create a pre-game playlist, which will feature songs from Beats brand ambassadors within the music industry and selections from 76ers players.

In addition, Beats will become the official partner of all 76ers pre-game lifestyle content across Instagram, Twitter and Facebook, with its logo set to be integrated into all player imagery shared on the social media platforms ahead of each match.

Beats’ tie-up with the 76ers comes just over a month after the company signed a comprehensive marketing partnership with the NBA to become the official headphone, wireless speaker and audio partner of the league. The deal, which was activated at the start of this month, also covers the Women’s National Basketball Association (WNBA), NBA G League and USA Basketball.

76ers guard-forward and 2018 NBA rookie of the year Ben Simmons is already a brand ambassador for Beats, which counts various high-profile basketball players on its extensive list of athlete endorsers.

The 76ers begin the new NBA season with a trip to the Boston Celtics on 16th October in a rematch of last campaign’s Eastern Conference semi-final.

3 things to watch for as the Mavs and Sixers battle again
GAME THREAD: Dallas Mavericks vs. Philadelphia 76ers (Preseason Game 3)