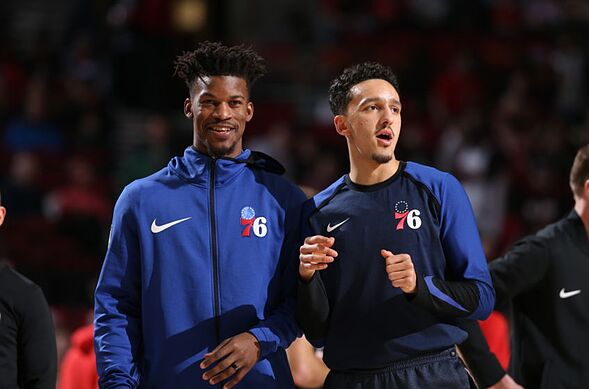 The Philadelphia 76ers are winning games despite sickness and reported discontent.

There are questions about the long-term viability of the Philadelphia 76ers‘ core. There are also questions about Jimmy Butler‘s happiness with his new team, as recent reports seem to indicate a clash in ideas between the star and Brett Brown.

Even with newfound distractions, the Sixers are rolling in the Eastern Conferece. Winners of three straight, the Sixers won two games in Butler’s absence. He will presumably return tonight against Washington after participating in practice Monday morning.

With a 15.3 net rating, the Sixers’ starting five ranks as one of the best five-man units in the NBA. Ben Simmons continues to improve despite his shooting woes, while Joel Embiid and Butler have ample time to figure out how they complement one another.

The Sixers need more bench depth — that’s their No. 1 priority — but even as currently constructed, the Sixers can cause serious issues in the postseason. Toronto, Milwaukee and Boston have the edge, but a few additions to the second unit might change the narrative.

For now, here’s where the Sixers rank among all 30 NBA teams.