Sixers History | Games of Christmas Past

Christmas Day has long been devoted to an arsenal of great NBA matchups. Old rivals, Finals rematches, and rising stars routinely get the nod to showcase their abilities to fans, while making holiday hoops memories.

For the second season in a row, the 76ers are part of this national showcase. Last year, the Sixers took  on the New York Knicks at Madison Square Garden.

This year, their showdown is with the Boston Celtics.

To get everyone in the holiday spirit, here are five classic Christmas games from the franchise’s history.

This one is a classic not because there was a close finish, but because spectators wondered just how astronomical the final margin of victory would be.

Led by Dave Gambee and Hal Greer (24 pts each), the Nationals got the jump on New York from the outset and never let up.

Holding a 120–68 lead entering the fourth quarter, Nats coach Alex Hannum benched the starters, and yet the points kept on flowing.

The final score was 162–100, with the 62-point margin remaining the largest victory in Sixers’ franchise history.

Nine of the Syracuse players finished in double figures. The only player not to – Swede Halbrook – just missed the mark with nine points.

All in all, a great holiday. 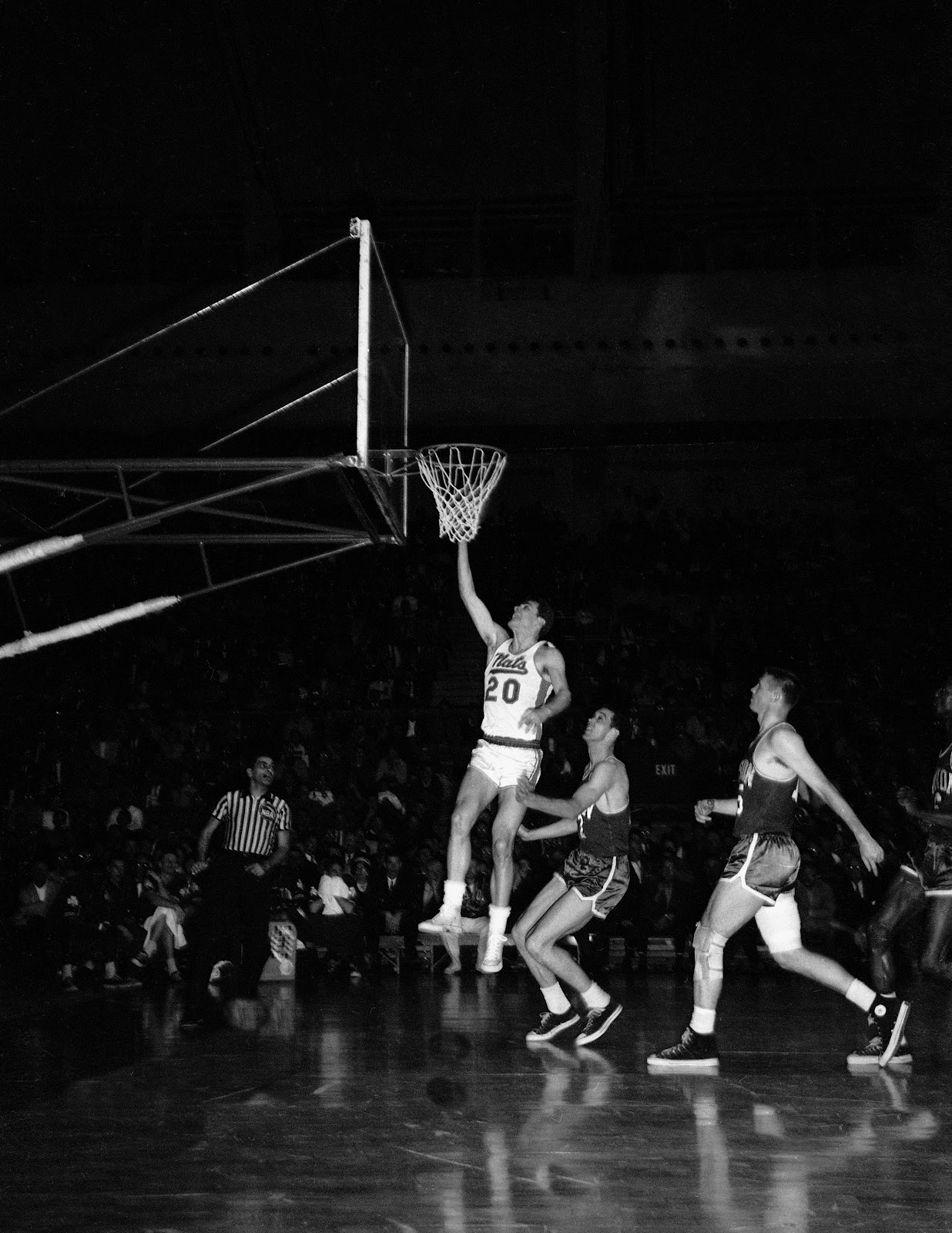 “The Christmas spirit will be forgotten by the Syracuse Nationals and the Boston Celtics tonight at 8 o’clock,” warned a basketball columnist in preparation for the yuletide confrontation between the Nats and Cs.

This ancient rivalry was indeed in full bloom in 1961, as the teams would go on to face each other again in the East Finals that year. The Celtics’ unwrapped a splendid performance from forward Tommy Heinsohn, who poured in 45 points.

Despite Tommy Gun’s marksmanship, the final two minutes of the game saw Boston on the wrong end of an almost-Christmas miracle, as they blew most of a 126-107 lead.

Led by Dave Gambee (28 pts), the Nationals ripped off 13 straight points to quickly shave Boston’s lead to 126–120 with 46 seconds remaining. And that’s where the near-miracle was cruelly derailed, as Boston finally stopped the deluge and held on to win, 127–122.

Amazingly, despite playing over 400 other regular season games against one another, this was the first and last time the Sixers’ and Celtics’ franchises would meet on Christmas, until, of course, this winter.

The franchise’s first Christmas Day home game as the ‘Sixers’ was a spectacle.

As part of a twin bill showcase, the Harlem Globetrotters played an exhibition in the Spectrum immediately followed by the Sixers – Pistons matchup. Detroit proved a daunting foe, as Hal Greer and Billy Cunningham had to dish out all they could to secure the win.

Trailing 92–85 in the fourth quarter, the Hall of Fame duo got to work, regaining the lead for the team, 95-93. With the Motor City squad still hanging tough, the key play came with 26 seconds left in the game.

The nimble Archie Clark was able to provoke a defensive switch where Pistons center Bob Lanier was caught on the perimeter guarding him. Recognizing the mismatch, Clark immediately riffled a pass to Luke Jackson – Lanier’s man – who was hanging out open by the basket.

Big Luke captured the pass and deposited the lay up for two points, giving the Sixers a 102-98 lead. The final score was 105–100 in favor of the home team. 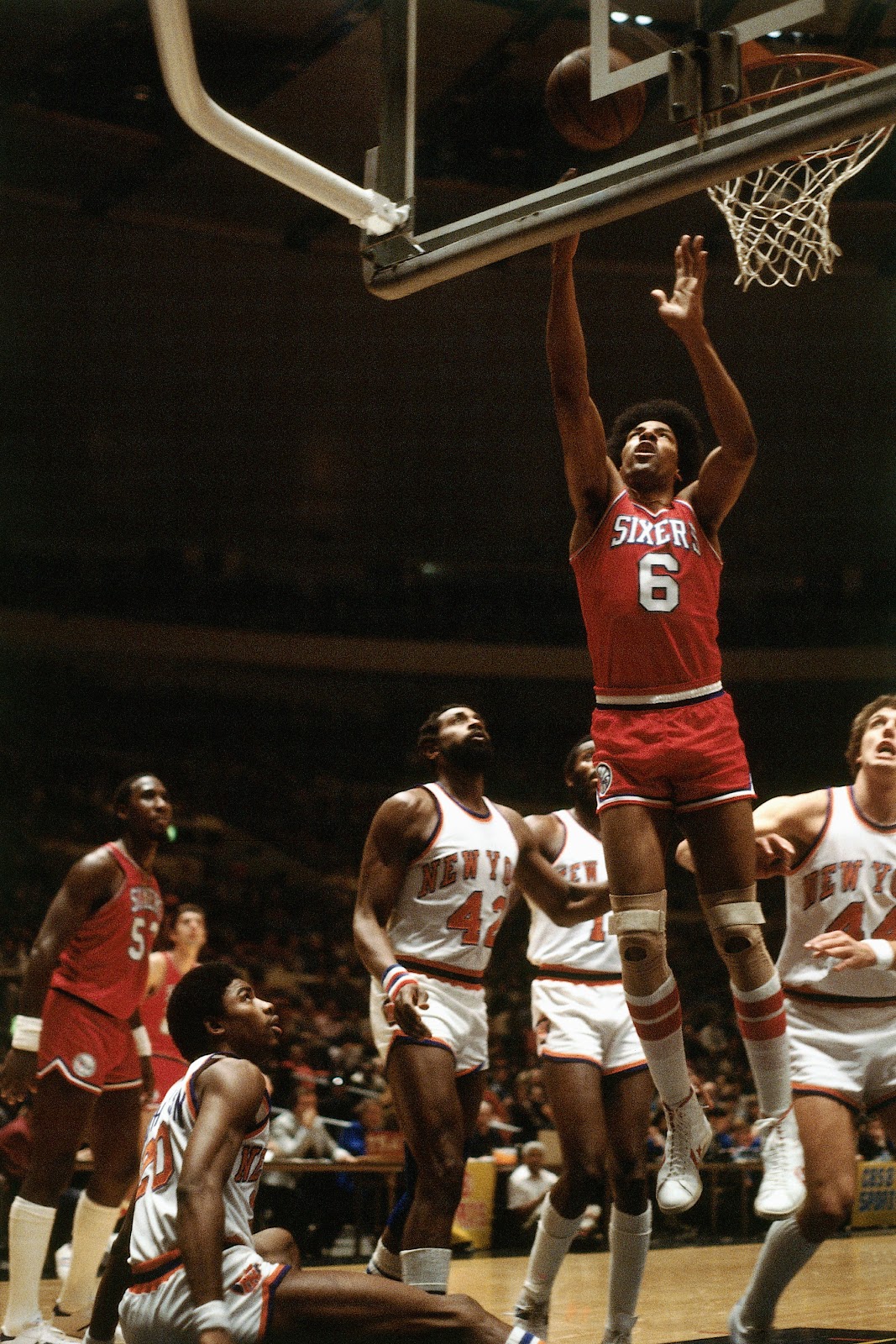 Closing out the Bicentennial year, the Sixers and Knicks delivered a classic showdown that one New York Daily News columnist dubbed, “The teams that dollars built.”

Some of the most creative (and well paid) players in NBA history shared the court that holiday – Julius Erving, George McGinnis, World B. Free, Earl “the Pearl” Monroe, Spencer Haywood, Bob McAdoo, and Walt Frazier.

The Knicks were consistently the comeback kids in this “multimillion dollar spectacle,” scratching back from a nine-point deficit in the first quarter, and erasing a 12-point hole in the fourth quarter. The Knicks took their first lead (104–102) with 35 seconds left thanks to a McAdoo offensive rebound and assist to Haywood.

On the next trip down court, Erving was fouled by the Knicks, but only converted one of his two free throws.

New York still clung to a 104-103 lead, but came up empty on their next possession. With seconds remaining, Free spotted an open McGinnis, who nailed a jump shot with one second left to give the Sixers a 105–104 victory.

The assist was Free’s only one of the night, but the dynamite guard did score a healthy 30 points. 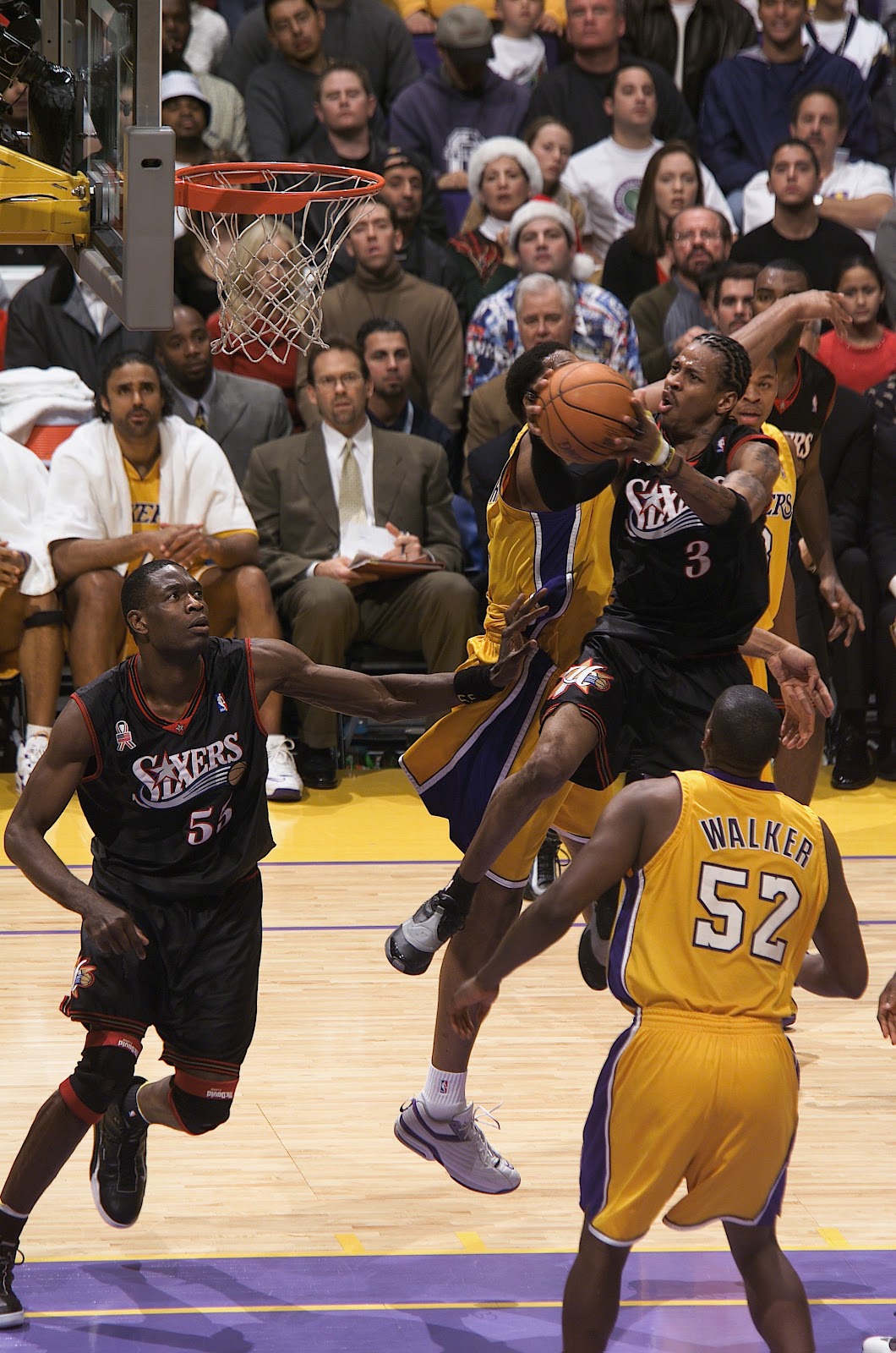 This rematch of the 2001 Finals was the Sixers’ only Christmas game between 1988 and 2017. Although ultimately losing 88–82, the squad made sure to pack in as much drama as possible to appease for being idle on Christmas for nearly 30 years.

Neither team shot particularly well, and the Lakers were without an injured Shaquille O’Neal, but the star power of Kobe Bryant and Allen Iverson ensured plenty of flair.

Iverson did his best work with eight points straddled across the third and fourth quarters, sparking a 12-0 run that put the Sixers up 13 points with nine minutes remaining.

For his part, Kobe thereafter lunged the Lakers back into the contest, making four of his five shots in the final period.

Bryant’s offensive heroics garnered the attention, but the Laker defense was the true story of the day, keying seven Sixers turnovers in fourth quarter.

After the game, Iverson lamented that his 31 points weren’t enough to exact some revenge for the recent Finals loss: “We gave this one away. We gave them a gift, a Christmas gift.”