To ring in the New Year, the 76ers (24-14) welcomed back Joel Embiid, and not surprisingly, his presence helped the team begin 2019 on a good note. 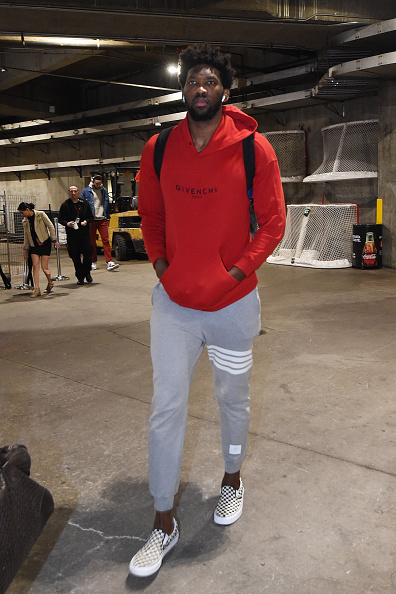 Behind the big man’s inspired start, and later his clutch finish, the Sixers managed to fend off the frisky LA Clippers (21-16), 119-113, Tuesday at Staples Center.

Embiid topped all participants with 28 points (9-19 fg, 2-4 3fg, 8-12 ft) and 19 rebounds. His lay-up and 17-foot jumper on consecutive possessions with under three minutes to go in regulation halted a 10-0 LA run, and gave the Sixers just enough of a nudge to get across the finish line.

“We needed a big play by Joel,” Brett Brown said, noting that the Clippers had trimmed the Sixers’ once-24 point lead to four. “He was great in executing what we had hoped to get out of it.”

Ben Simmons supplied a key floater with 39 seconds left to make it 116-109, all but dashing the Clippers’ comeback bid. The second-year point man posted 14 points (6-13 fg), nine boards, and eight assists, as the Sixers swept LA for a second year in a row. 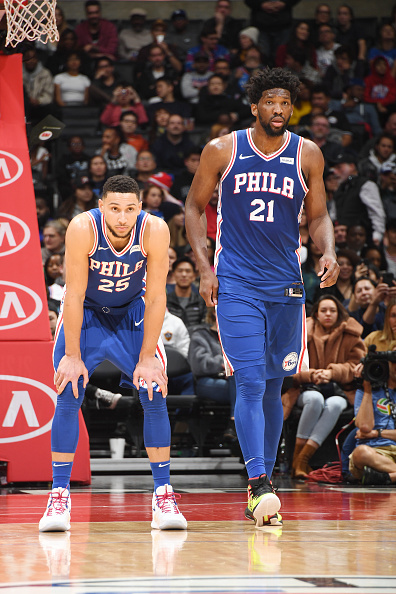 After missing Sunday’s one-sided loss at Portland with left knee soreness, Embiid came out with a purposeful, spry approach. He scored five points in the opening two minutes of play, then, upon returning to the floor for his second stint, ripped off 10 points in the last three minutes of the Tuesday’s first quarter. 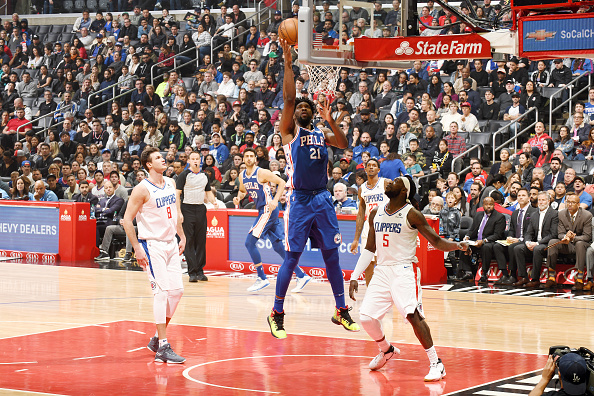 Embiid had 19 points by the break, and the Sixers were in front convincingly, 76-58. It was the team’s highest-scoring half of the season.

The Sixers shot 48.3 percent from the field, and 12 for 26 from outside the arc. Their efforts on the backboards, 55-41, were pivotal in Tuesday’s win as well.

As Tuesday’s tilt began to tighten up a bit early in the fourth quarter, things started to get a little testy between the Sixers and Clippers.

In one sequence, Joel Embiid and Patrick Beverley were called for double technical fouls. Not too long after that, a double ejection was issued to Jimmy Butler and Avery Bradley.

But once the final horn sounded, the Sixers and Clips seemed to respectfully acknowledge one another’s performances. 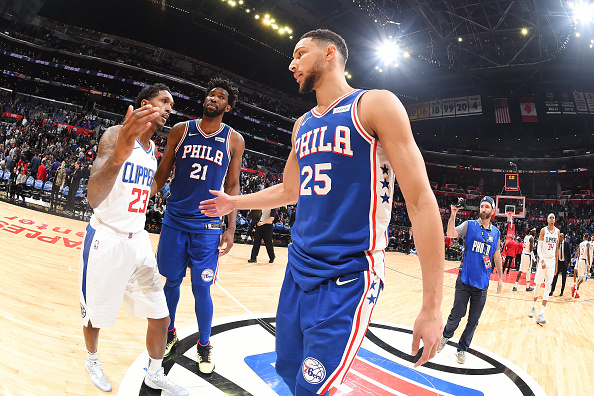 “It’s part of our league, part of playing,” Brown said.

Heading into their current road trip, the Sixers had plans to expand their rotation to 10 players, and gradually grow Jonah Bolden’s role.

If the 2017 second-round pick keeps on turning in nights like the one he had Tuesday in LA, his case for playing time figures to become that much more compelling. 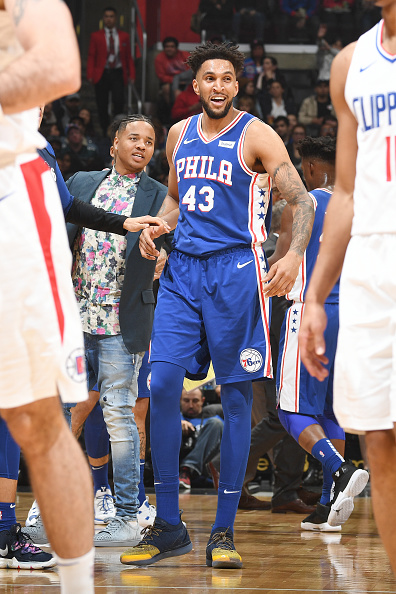 “I love his energy, I think he plays with a real spirit,” Brown said of Bolden. “I think he has a tenacity and bounce that is impressive.”

He was back, and he was great.

The Sixers’ season-long five-game road trip will wrap up Wednesday in Phoenix, where the club will complete a back-to-back against the Suns. After compiling its longest winning streak of the year (four games), Phoenix has dropped five of six. The Sixers prevailed in round one, 119-114, November 19th at The Center.