Snapshots | Team Gets Back on Track With Win Over Knicks

A date with the New York Knicks (9-24) Wednesday at The Center proved to be just the right remedy.

In a game that, for the Sixers powered their way to a solid 131-109 victory over their Atlantic Division rival.

The club shot 53.4 percent for the night, and was excellent from behind the arc, converting 15 of 30 3-point attempts.

But for as much as the Sixers’ offense stood out, two other aspects of their performance made Brett Brown the happiest.

“I especially liked the defense in the second half,” said the sixth-year head coach. “The rebounding, especially to complement the defense, was pleasing.” 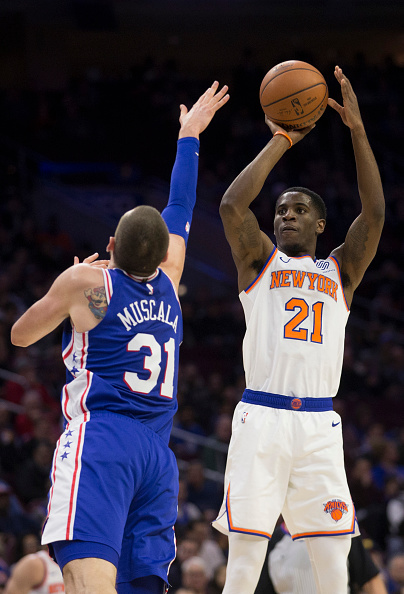 While New York hit 52.3 percent of its shots in the first half, the Sixers held the Knicks to just 33.0 percent in the second.

They controlled the glass as well, with a 51-35 advantage on the backboards.

Thanks to Jimmy Butler, the Sixers jumped out to a quick start. The four-time All-Star sunk each of his first four shots to finish with 20 points (6-9 fg, 8-10 ft), four rebounds, four assists, plus three steals.

Joel Embiid topped the Sixers with 24 points (10-17 fg). He also brought down 10 rebounds for his NBA-best 28th double-double of the year.

Throughout the evening, Ben Simmons steered the Sixers’ ship. He posted a triple-double (13 pts, 11 reb, 10 ast) for the second time in three games, and now has four on the season, good for second-most in the league. 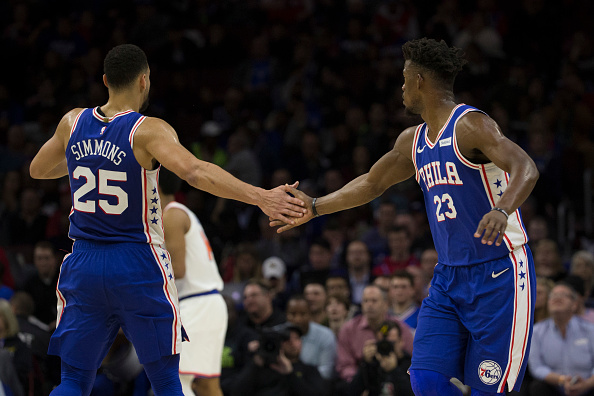 On the milestone front, JJ Redick surpassed the 10,000-point mark with a 2-point jumpshot in Wednesday’s second quarter. He netted 14 points in all.

Not normally one to expound on personal achievements, the sharpshooter spoke about his latest feat with a modest sense of pride.

“A couple thoughts,” Redick began. “Number one, I feel like if you do something long enough, the milestones just sort of come. It doesn’t really equal greatness or anything like that. You just kind of luck into it, I guess. But the other part of that is, if you had told me 10 years ago as a third-year guy struggling to get into the rotation that I would score 10,000 points, I would be like, ‘You’re crazy.’”

Following a timeout break shortly after Redick reached the five-figure plateau, public address man Matt Cord announced Redick’s accomplishment over the PA system at The Center. Redick’s teammates, along with the sellout crowd of 20,424, gave him a nice salute.

“JJ Redick, since he has been here, where do you begin?,” said Brown, who played a vital role in recruiting Redick in free agency two summers ago. “All over the place, he’s an example, in my eyes, of what a professional really is. He’s class, he’s all class. To see him get rewarded as a Philadelphia 76er with 10,000 NBA points, that’s a big number. That’s hard to do. I’m just so proud of him, and I’m especially grateful to have him in our program showing the way to a lot of young guys.” 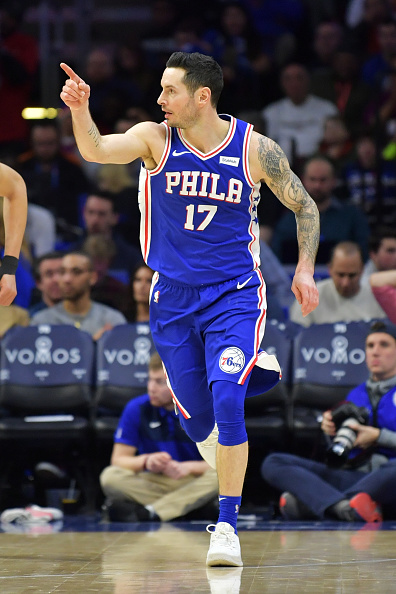 It probably wasn’t a coincidence that after scoring a season-low 6 points on 3 for 13 shooting at San Antonio, Jimmy Butler came out strong versus New York.

With a jumper, a floater, and a dunk, he needed less than three minutes to match his output from Monday’s loss. 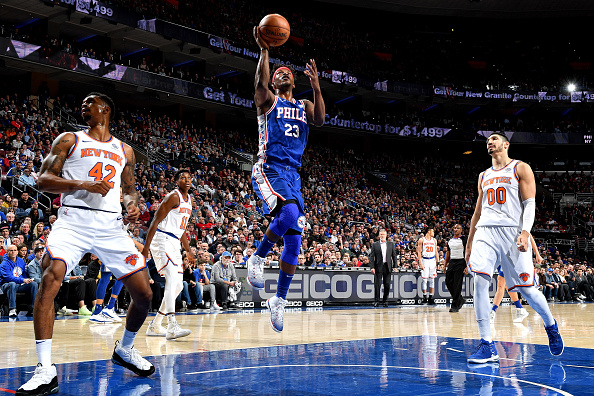 Also of note, however, was that Butler provided intense play on the opposite end of the court. He had two steals before the eight-minute mark as well.

The 29-year old went on to convert his first four field goal attempts. He entered the evening with a purposeful mindset. .

“It starts now,” Butler said. “I have to get into a rhythm, I have to get everybody used to me being aggressive.”

In the same breath, however, the veteran made clear that to him, being aggressive means more than just simply putting the ball in the hoop. 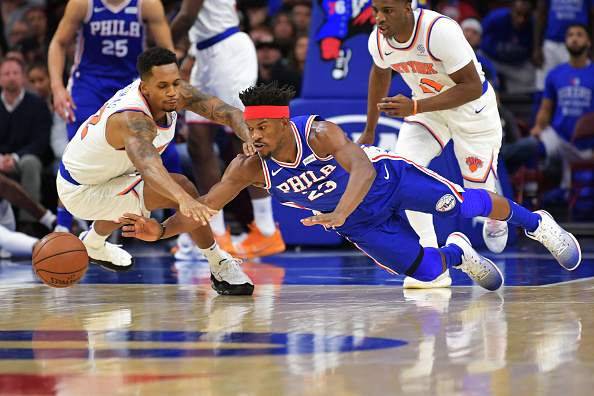 Butler said that prior to Wednesday’s game, he and Brett Brown had a “great conversation” about Butler’s level of aggressiveness.

“He was just saying, come out with the same mentality that you would if it was before you were here,” said Butler, acquired from Minnesota via a November 12th trade. “I think I got to do a better job of that.”

But more than any statistic, the measurable that matters the most to Butler is the Sixers’ collective outcomes.

“I just want to win. I gotta win at all costs.”

No. 25 was indeed flying high against the Knicks.

The Sixers will conclude a home-heavy stretch of the schedule Saturday with their third match-up of the season against the Eastern Conference-leading Toronto Raptors. The Raps have beaten the Sixers in each of the two previous meetings between the Atlantic Division rivals. After Saturday’s contest, the 11th of 15 the Sixers will play at The Center, the club will set out on a season-long five-game road trip.