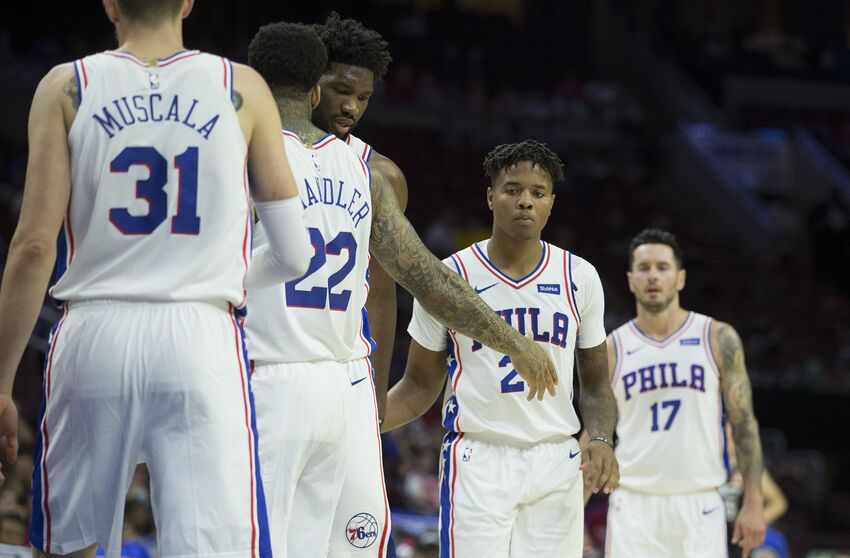 Philadelphia 76ers: Ben Simmons is improving without a 3-point shot by Christopher Kline

The Philadelphia 76ers will have to figure out exactly how to re-incorporate combo forward Wilson Chandler once he returns from his injury.

Philadelphia 76ers head coach Brett Brown recently revealed that fans shouldn’t expect reserve combo forward Wilson Chandler to return from his hamstring injury for about a month. Chandler sustained the injury on Sept. 28 when the Sixers played Melbourne United in a preseason match-up. With the timeline of a month given by Brown, it’s almost for certain that he will miss the start of the regular season.

The good news for the 76ers and their fans is that Chandler isn’t currently in danger of missing a large portion of the season. However, due to the fact that in all likelihood he will miss the beginning of the season, there will be other players that should fill his spot off the bench.

In the past, I wrote that both Landry Shamet and Furkan Korkmaz could see time in Chandler’s spot in the rotation. Both had good preseasons and proved to be worthy of minutes, so if both perform well while Chandler continues to recover, Coach Brown will have some difficult choices to make once the veteran has healed.

Based off of preseason performances, it’s possible that Shamet is more likely to retain minutes once Chandler returns over Korkmaz. It’s more than likely once Chandler is ready to make his regular season debut for the Sixers, he will become the second player off the bench behind J.J. Redick. Chandler will most likely substitute in for either Robert Covington or Dario Saric, depending on who Brown wants to rest first.

Once he gets back on the court, Chandler will be a good secondary offensive option behind Redick. He may not be the sharpshooter Redick is, but he is a solid spot up shooter and can create in the half court for himself. He should be a nice Swiss Army knife for the Sixers once he returns.

Next: Simmons is improving without a 3-point shot

The Philadelphia 76ers should be able to manage as Chandler continues on his road to recovery. Once he is ready to play, Coach Brown might have to make minor adjustments, such as taking minutes away from Korkmaz, but these adjustments should provide positive outcomes for the Sixers.